On one of the very last, bleak days of January (who else felt like it would never end?!) we invited the 60 semi-finalist teams in the Longitude Explorer Prize to join us at Here East for our much-anticipated Semi-Finalist event.

Located in London’s Queen Elizabeth Olympic Park, Here East is home to innovators, disruptors and visionaries and, for one day only, it was also home to an impressive group of 11 to 16 year olds from across the country, who came ready to absorb a wealth of information and advice that would help them to develop their ideas.

The Longitude Explorer team spent the day before the event getting the huge, warehouse-style space ready to accommodate the nearly 200 young people and over 100 adults who were due to come and participate in workshops delivered by industry experts, all of which had been designed to provide additional inspiration and guidance so that they could prepare for the next stage of the challenge.

The teams started to arrive bright and early, anticipating the chance to meet their fellow participants (aka eye up the competition!) and find out what the next round of the prize had in store. Once everyone was seated and fed, Programme Manager Maddy Kavanagh set the scene for the day, and introduced Science Rapper extraordinaire Jon Chase to the stage. Jon’s unique style of lyrical learning stems from an intense passion for science and the belief that knowledge should be made available in a way that allows as many people as possible the opportunity to access it. By turning sometimes complex scientific topics into engaging raps, he introduced topics that might otherwise mystify people to a brand new audience. Jon helped warm (and wake) the teams up and once they’d taken part in a quick ice-breaker, they were ready to dive into the workshop sessions! 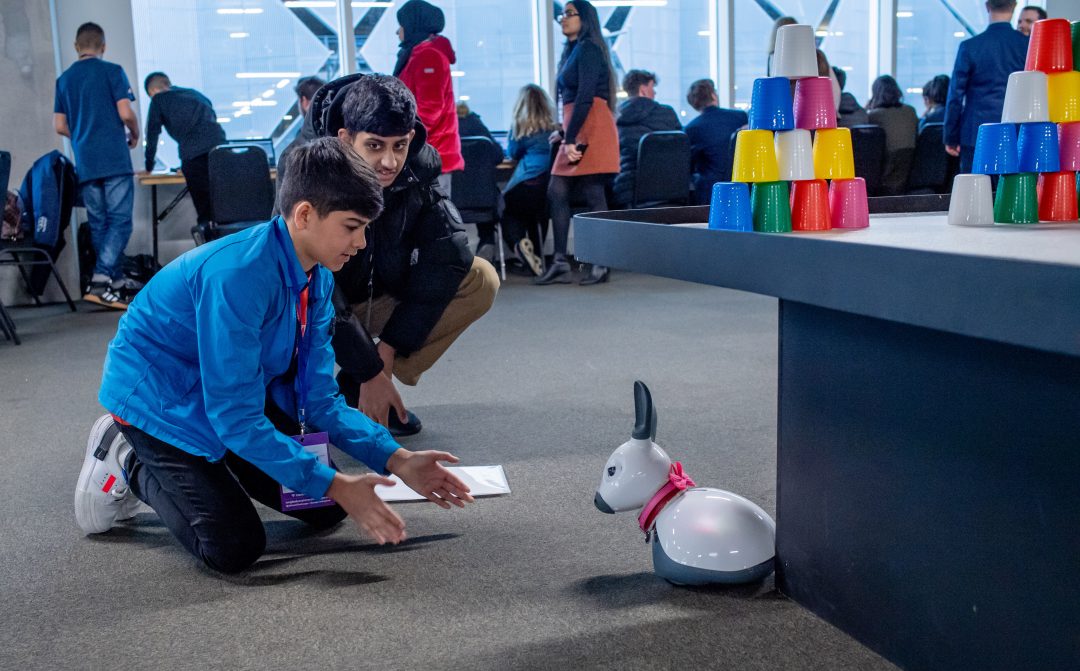 The atmosphere was electric (and not just due to the vast array of cool robots on display) as the teams moved around the space engaging with the different activities. The content providers did an amazing job of bringing to life a range of in-depth and, in a few cases, quite technical topics, and many teams had to be dragged away when their workshop time was up! Among the different sessions on offer there were Sheffield Robotics, who introduced Pepper the robot to the young people, and their litter of ADORABLE MiRo robots (who were mistaken for a myriad of cuddly creatures including dogs, rabbits and, oddly enough, sheep). There was also the opportunity to learn how to pitch an idea in seven seconds with the team from So You Wanna Be In TV, as well as Gweek’s James Bryce providing top tips on how to be a more confident public speaker!  For all things around product development and user-centric design we had Erica Neve and her team there. Plus the chance to get a firmer grasp on the potentially tricky area of security and ethics with AI for Good and Vincent Cook.

As well as getting their heads down and increasing their knowledge, there was also plenty of time for fun, with quizzes, a selfie booth and interactive message boards for the teams to jot down their thoughts on the day (shout out to whoever cited Andy Samberg as their inspiration, we’re also Brooklyn 99 fans here at Longitude Explorer HQ!). 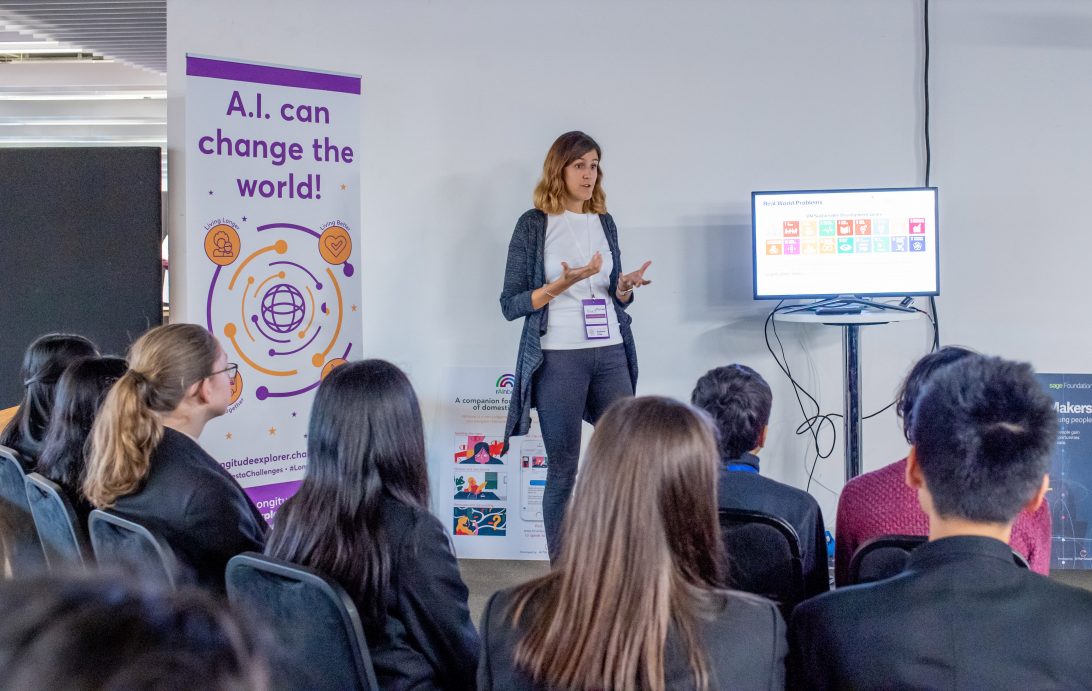 All too soon it was time to gather for a final reflection of the day, led once again by the enigmatic Jon Chase. We then heard from Tris Dyson, Director of Nesta Challenges and one of the prize’s biggest advocates, who summarised why it is so important, particularly with the many challenges the world faces right now, for young people to take the this opportunity to turn their knowledge and passion into actionable, real world change. Finally, Maddy revealed how the next stage of the challenge would work (more information on has been emailed to all the teachers and adult supervisors) and called on all the young people to take what they had learnt from the day and use it to boost and improve their already outstanding ideas.

We couldn’t have asked for a better group of young people (and adults!) to join us at the event; all the staff, volunteers and content providers were absolutely blown away by not only the behaviour of the teams, but by their thought-provoking questions, dedication to their ideas and their involvement in the workshops. We hope that the teams enjoyed the day as much as we did – we just hope they weren’t quite as exhausted as we were at the end of it! We cannot wait to see where the teams take their ideas next and how they use what they learnt to adapt their approach to their idea…watch this space!